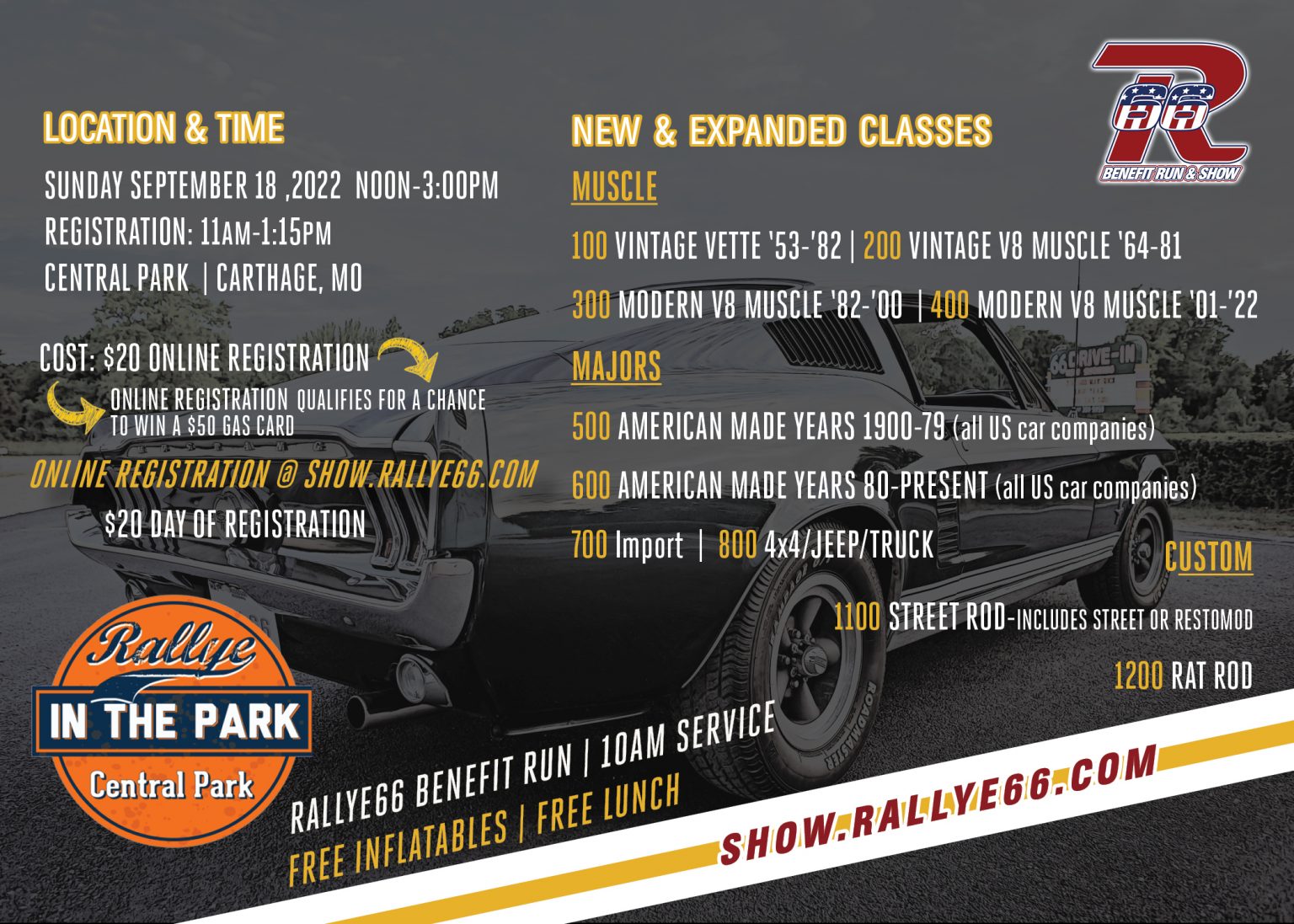 The following are descriptions of each class of vehicle represented here at Rallye66.

Before you register for the following classes please read the descriptions closely.  It is very important that each car be placed in the correct class so that everyone has equal opportunity to earn a trophy.

*ALL KIT CARS AND FIBERGLASS or STEEL REPRODUCTIONS MUST BE PLACED IN THE CUSTOM GENRE/STREET ROD CLASS.

Has there ever been a greater era of automobiles than the Muscle Car era? Well, there probably has been but at the very least it holds a great spot in all of our hearts. Isn’t that why we do all this?

In the era of these great cars it was Ford against Chevy, Pontiac against Buick and MOPAR against everybody, lol. It was the spirit of competition that drove these cars faster and faster putting out greater and greater power. From the pure muscle to the pony cars, competition drove the owners of these great cars to improve and tinker until they had the ultimate car.

We would like to revive that great competition of the iconic machines in our show. Sadly, we can’t settle it at the track but we can revive it at our show by once again having these great cars compete directly against one another in one great Vintage Muscle Car Class. A class where all makes and models, through a specific range of years, battle in the park to be called the ultimate Muscle Machine. A class where Corvettes, Chargers, Challengers, Camaro & Firebirds, GTO and GSX, Mustangs, Cougars and Torninos battle for the top spot.

Vintage V8 Muscle: This class covers the years of Muscle Cars from '64-'81.  As the title describes these will be cars born with a V8 and this class covers ALL Makes and 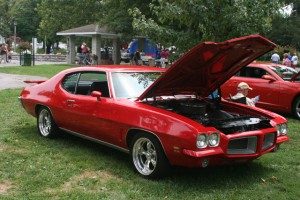 Models of Muscle Cars from those years. The TOP 3 of this class will receive awards.

Vintage 'Vette: This class covers the years of Corvettes from it's '53-'82.  This is a Corvette only class and covers ALL FACTORY Models of Corvette. The TOP 3 will receive awards in this class.

Modern V8 Muscle: Thankfully technology has caught up with the emissions regulations and we have been able to enter into another great era of power to weight ratio cars.  With the re-emergence of some of the great original era cars like the Challenger, Mustang, Camaro and even the 4 door Charger the rivalry between the great three American car makers has been renewed.  This class covers the years from '82-'00 or '01-'20 and cars born with a V8 from the factory.  ALL smaller engine versions need to go into the Modern Major Class.  The TOP 3 will be awarded for both the '82-'00 and the '01-'20 Year divisions.

RestoMod: The restomod class is intended to include all makes and all models that have added new equipment to these older classics but otherwise maintain the stock appearance or have minor changes to the appearance to the car.  Examples would be 2nd generation Camaro's or Firebirds/TA's with LS engines, Foxbody Mustangs with Coyote Engines, Older Corvettes with new LS engines, 1st generation mustangs with modern engines and equipment etc.

Street Rod: The "Street Rod" class is intended to include all makes and all models that have been drastically changed from their showroom debut.  This does not include cars that have been "factory changed" but cars that have been customized and changed by yourself or a custom builder.  Changes could include but aren't exclusive to paint, changed body lines, shaved doors, body panels, ground effects, etc...

The AMERICAN MADE CLASS will include all vehicles owned and manufactured by an American Automaker.  This includes, GM, FoMoCo, MOPAR, Studebaker, Edsel, Packard AMC or any other automaker whether currently building cars or now closed to business.

'00-1979: This class would include all cars made by any of the General Motors Divisions except those that would qualify for the Muscle Car or Custom Genres.

1980-PRESENT This class would include all cars made by any of the Ford Motor Company Divisions except those that would qualify for the Muscle Car or Custom Genres.

Import: This class would include all cars imported into the U.S. or those cars owned by a foreign motor company.  This excludes MOPAR.

4x4: This class would include all vehicles both domestic or import that are 4x4.  The intention is those vehicles meant for offroad.  This would include trucks, SUVs, Jeeps, Scouts, Blazers, Broncos, OR ANY Imported Truck or SUV.

Rallye66 Benefit Show will be a judged show.  We are excited to have the Carthage First Responders including Police, Fire and Deputies to assist as our judges.  Two judges in each class will judge all entries in four different areas with a possible high score of 25 points in each area.  IF my math is correct the highest point total a car can receive is 100 points.  The four areas or categories are as follows: Body & Paint, Interior, Engine, & Brightwork.

Areas Of The Car Judged Within Each Category: